When I was a child my father took me to the top of The Imperial Oil Building at 111 St. Clair Avenue West, which was the headquarters of Canada’s largest oil company. 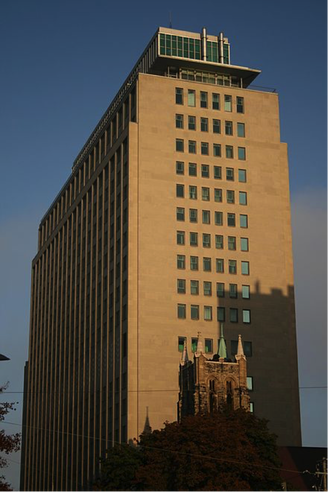 The Imperial Oil Building as seen from our back yard on Lynwood Ave, circa 1957.
​From the observation deck on the 21st floor of what at the time was considered one of Toronto’s tallest buildings, I was thrilled by a panoramic view of downtown Toronto, something not able to be seen otherwise.

In the lobby of this same building, I was struck by another panoramic scene:  a huge diptych - two panels, each 25 feet high by 32 feet long, depicting the history of oil. 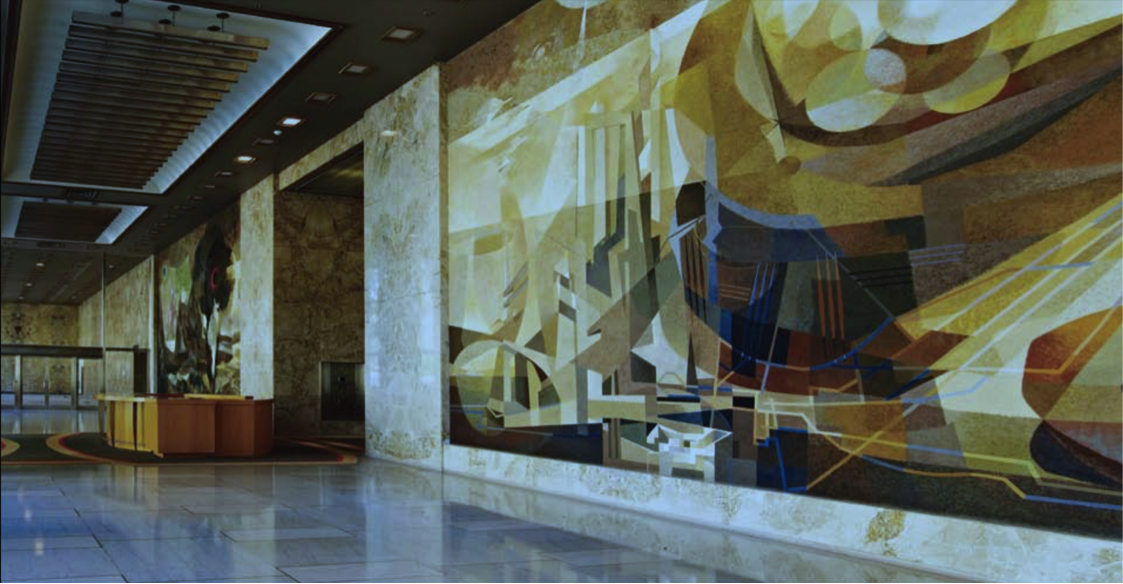 Lobby of The Imperial Oil building, circa 1957.
Toronto artist Ronald York Wilson had been commissioned to create this masterpiece, which took three years to plan and execute and 45 gallons of paint.  It begins with a brooding depiction of the geological processes that led to the formation of oil and ends with man’s manipulation of the atom to create everything from hot air balloons, to skyscrapers to the Avro Arrow.

To this day the two giant murals adorn the shopping areas in the entrance to what is now the Imperial Plaza Condominium Residences.  Every day Wilson’s tour de force is enjoyed by thousands of people: residents, visitors or those just wishing to pick up a bottle of spirits or a comestible.

I never met York Wilson who died in 1984, but several years ago I had the pleasure of meeting his wife, Lela, a charming woman to whom I was able to express my appreciation of her late husband’s talent. 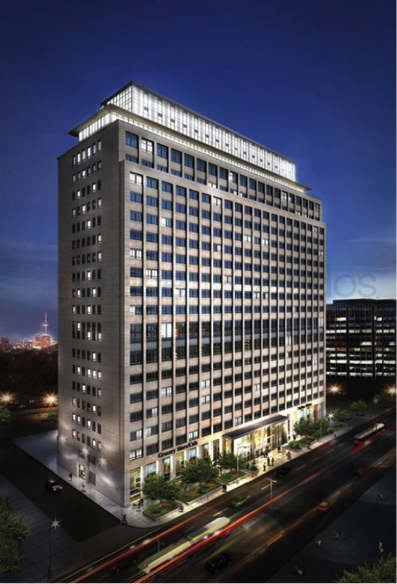 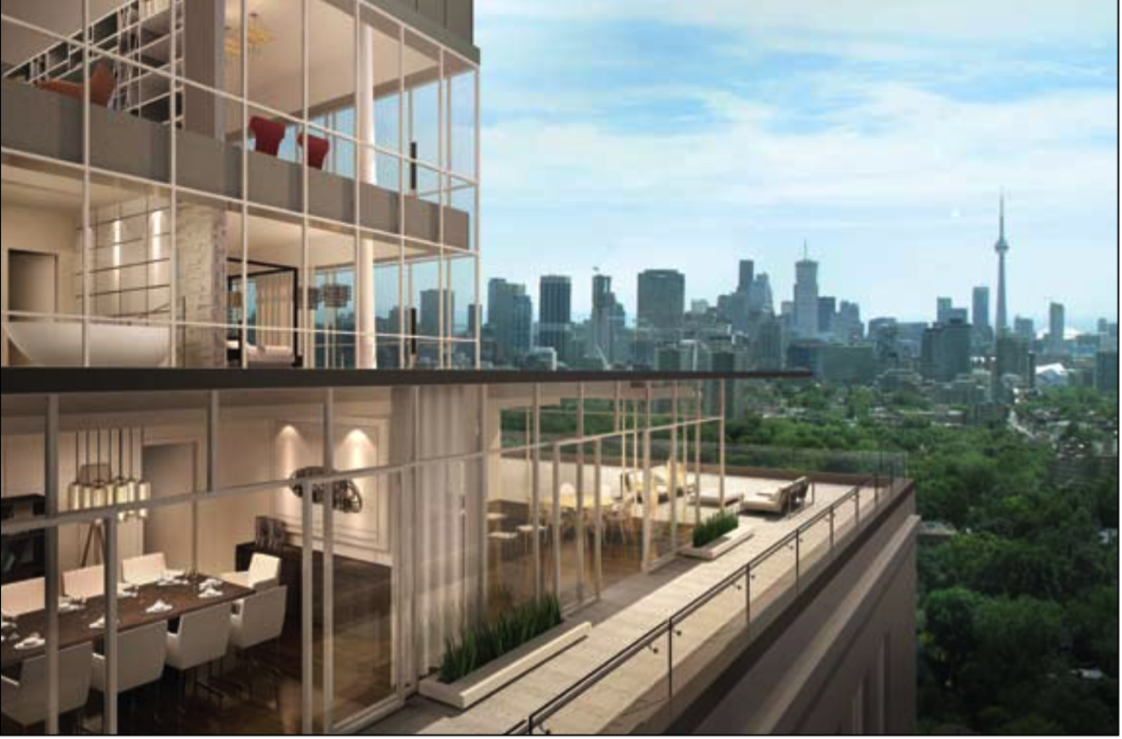 Me on a very snowy day on Lynwood Avenue in 1960. The Imperial Oil Building is in the background.
​P.S.   Interesting Fact
One of my favourite Christmas delights as a kid was seeing several rows of windows of The Imperial Oil Building lit up at night so that the word N O Ë L was formed.   All the lights in the building would be turned off except for those in certain rooms that would be left on so that the letters could be formed.  There were even umlauts placed over the Ë by pulling the blinds halfway down in the rooms above the E.   I thought it ingenious!  And how disappointed I was when, in the early 70’s, they stopped this annual tradition because of power cuts.
If anyone remembers this extraordinary sight at Christmastime, I would love to hear from you at:    NOEL@nexicom.net
I wish I had a photo of it!

P.P.S.  Oh, and another childhood memory…I grew up at Avenue Road and St Clair and every day at noon and 6:00 pm I would love to hear the bells chime from the steeple at Deer Park United Church, adjacent to The Imperial Oil Building. This beautiful piece of Norman-Gothic-style architecture is being reconstructed to contain a 26-storey tower of residences with five below ground parking levels.  The north façade of the church will remain while the middle and end sections were demolished to create a courtyard, passageways and a restaurant.
Learn More: