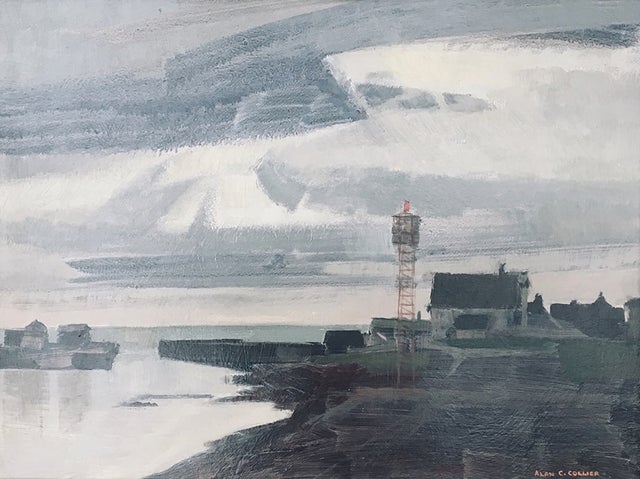 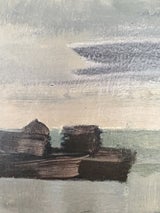 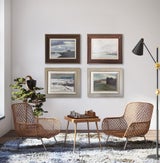 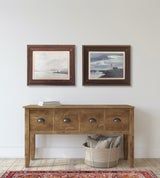 Grand Ètang is a small community on the western shore of Cape Breton Island. The Nova Scotia Pilot for 1918 reported that there were multiple places between Cheticamp Island and Margaree River where boats can land in fine weather, but notable among these was Grand Ètang, Squirrel Pond.  Grand Ètang is French for Great Pond and refers to the rather large body of water located close to the shore.  In 1901, the Department of Marine had a lighthouse built to mark the entrance to the channel and is visible six miles from all points seaward. The lighthouse was built by Mr. James D. McDonnell, of Margaree, the contract price at the time was $291.

Painted in the early 70's, this painting is one of eight 12 x 16 oil on panel paintings that for thirty years hung in the corridor leading to the boardroom of an international corporation.

​This size panel was typically used by those who painted en plein air and were many times used as studies for much larger paintings yet to come.

​Artist Bio and More by this Artist

Sold Out
Add to Cart