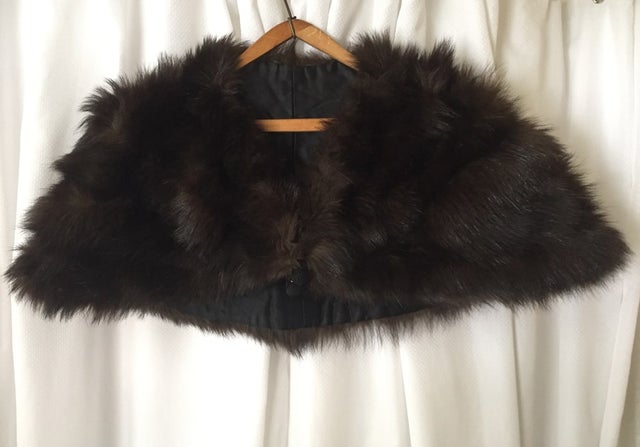 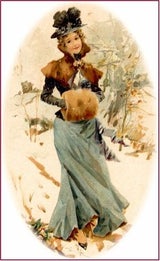 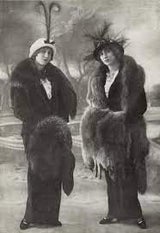 The sable is a species of marten, a small carnivorous mammal primarily inhabiting the forest environments of Russia, from the Ural Mountains throughout Siberia, and northern Mongolia. Its habitat also borders eastern Kazakhstan, China, North Korea and Hokkaido, Japan.

The sable coat, in particular, is a symbol of status and is one of the most coveted types of fur coats. There are American and Canadian versions of the sable coat, but the Russian version is the most valuable. Prices for the full-length Siberian sable fur coat today can cost around $100,000 US.

This set of Russian Sable stole, muff and collar first belonged to my grandmother, and then to my mother who wore them in her youth (1930’s to 1950’s).

I wore these items frequently during the winters of MY youth throughout the 70s and 80’s.  The muff also doubled as a handbag in the zippered pocket on the back.

I envision Dickensian women or characters from Jane Austen’s books that might have worn the stole and muff over their long coats while skating.

In spite of the age of these vintage items, they are in excellent condition.

If you wish to purchase all of the Russian Sable items together I will reduce the price by 10%. Please contact me for more details.